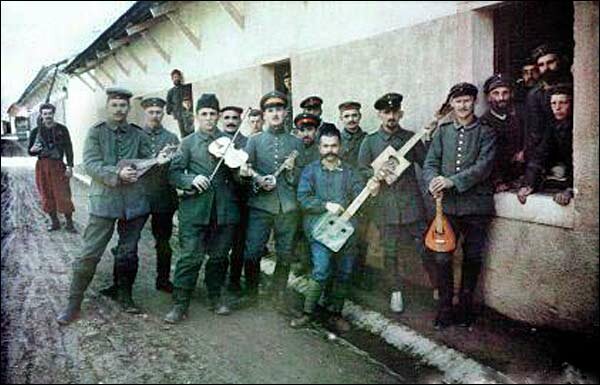 Let there be music

Camp Orchestra of German prisoners-of-war in their POW-camp in Tizi-Ouzo, in France.

This autochrome color picture was made in 1916 by the French army photographer Albert Samama-Chikli (1872-1934). In the original caption the photographer wrote that the POW's had made the instruments by hand.

More on music in the Great War in our article The Green Fields of France, and other songs