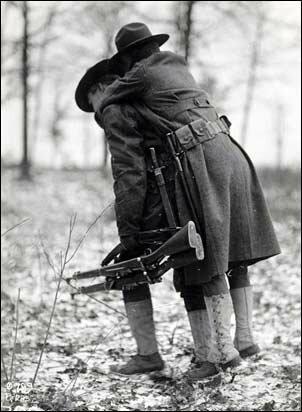 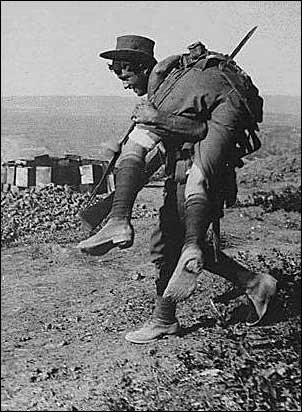 When the Americans arrived on the battlefield, in 1918, they had learned little or nothing from the war experiences of their allies. They invented the wheel again, at the cost of many lives.

The pathetic picture on the left was made in November 1917 in Fort Sheridan in Illinois, a training camp for student officers. Not a very adequate way to rescue soldiers, as they were soon to find out on the killing fields of France and Flanders.

The picture of the Australian soldier carrying a wounded comrade was made two years earlier on the Turkish peninsula Gallipoli. 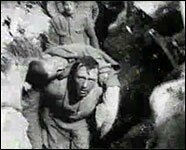 On the right another reality scene, taken from a British movie, made by the official army cinematographer Geoffrey H. Malins. He shot this scene on July 1st 1916, the infamous first day of the Battle of the Somme. The British soldier being carried died a few minutes after this footage was taken (or maybe he was dead already).

you can see an excerpt from this movie.