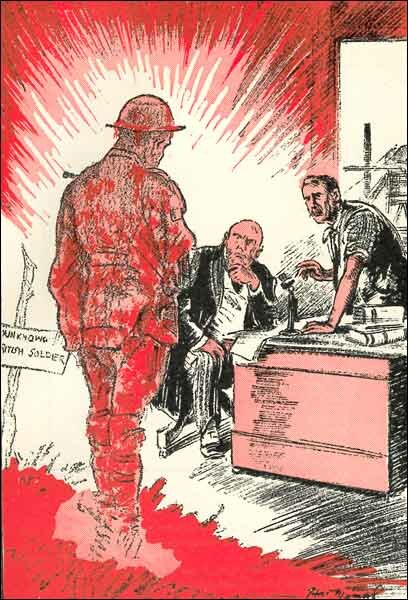 The ghost of the Unknown Soldier (to Capital and Work): "Where is the peace for which I was sacrificed?"

Political cartoon by Bert Thomas in the London Opinion.

The drawing illustates the common feeling of dissapointment among war-veterans. When the war was over, old political and social conflicts flamed up as if nothing had happened, nothing was learned.

Thomas was a veteran himself. In 1916 he, 33 years old, enlisted as a private in the Artists' Rifles. Later he served as an official war artist for the National Savings Campaign. After the war he worked as a freelance illustrator for many newspapers and magazines.