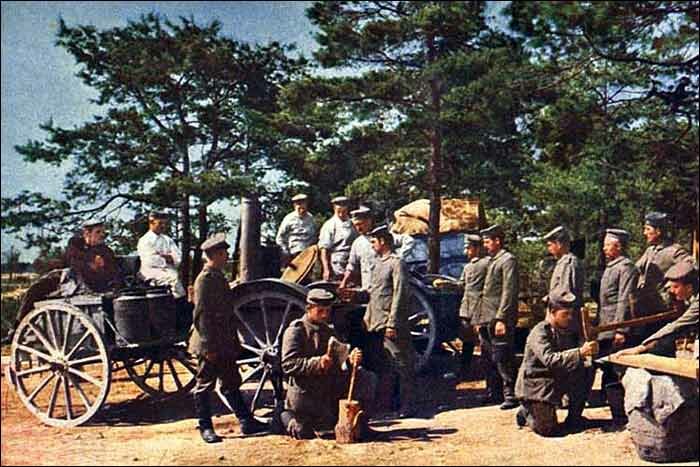 Soup in the Champagne 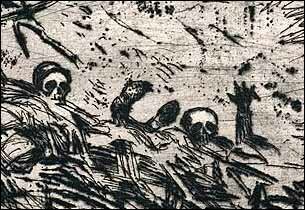 Picture made in 1916 in the Champagne area, Northern France.

Obviously this idyllic picture was staged and made only for propaganda reasons.

German soldier and artist Otto Dix (who was there at the same time) had less peaceful recollections. He etched Buried alive in the Champagne

The Champagne (south of Verdun) had been the site of heavy fighting, since the beginning of the war. Two French attempts in 1915 to force breakthroughs had failed. Large German counterattacks in 1916 failed as well, all resulting in terrible casualties.

We have 250 color pictures from the Great War: many of these original autochromes and others artificially tinted, like the one above.