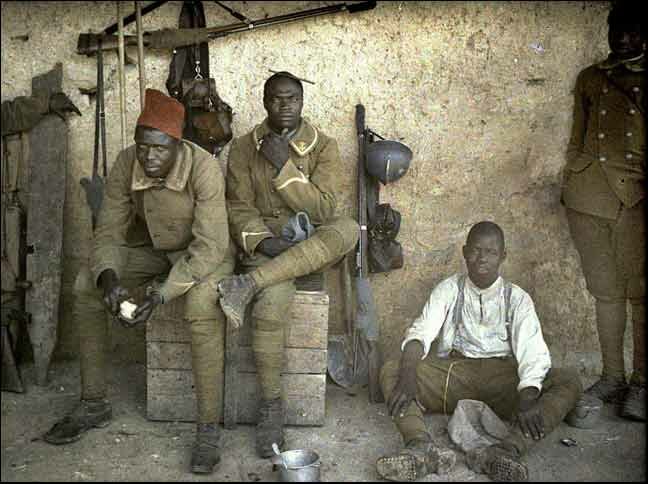 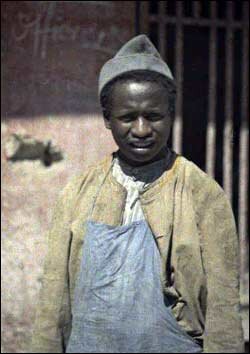 Senegalese soldiers have found billets in a shack near the frontline.

On the right a picture of a Senegalese army cook.

True color pictures made in June 1917 in Saint-Ulrich, Northern France.

Senegal was a French colony. In total the French colonies donated 587,000 soldiers to the warfare. Almost 520,000 of them fought on European soil. The Germans feared their fierceness.

Little-known is the French decimation (the shooting of every tenth person in a unit) of the 10e Compagnie of 8 Battalion of the Régiment Mixte de Tirailleurs Algériens. During the retreat at the beginning of the Great War these French-African soldiers refused an order to attack. They were executed on December 15th, 1914, near Zillebeeke in Flanders.