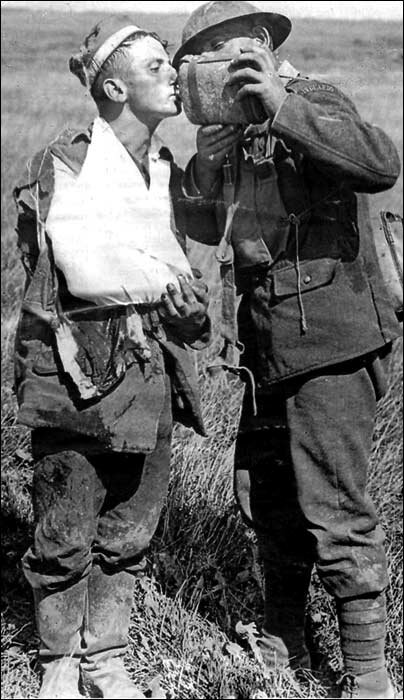 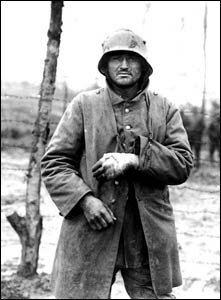 Although the picture is probably staged, friendly gestures like this actually happened. In World War One most soldiers did not really hate their enemies. They saw each other as victims of the same uncomprehensible world-politics. Of course those views changed when friends got killed. And captured snipers and flamethrower-operators did not get much compassion either.

a wounded German who was captured during the last German mass offensive in Spring 1918. Click here for a another striking portrait of a German POW.