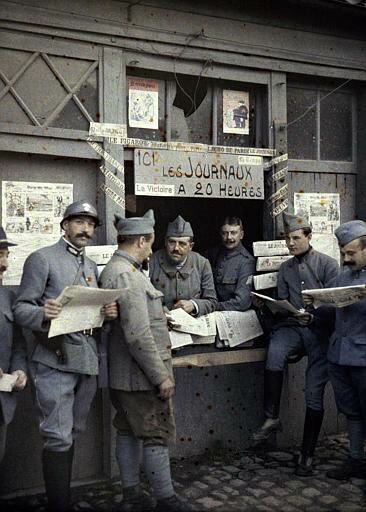 Real color picture made in 1917 near Rexpoede (just behind the frontline in France), by an official photographer of the French Army.

The sign on the kiosk tells that fresh newspapers, such as La Victoire, are available every night at 20:00 hours.

The photograph above is an autochrome, a color-photography system invented in France by the Lumière brothers.