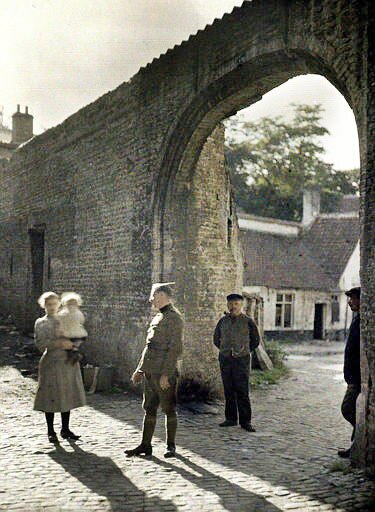 A French soldier says goodbye to his wife and child. Picture apparently taken somewhere in the country. Is the soldier the farmer who lives here? Who are the other two men?

All we know is that this fullcolor picture (an autochrome) was made in 1917 by an official photographer of the Photography and Cinematography Organization of the French Army.