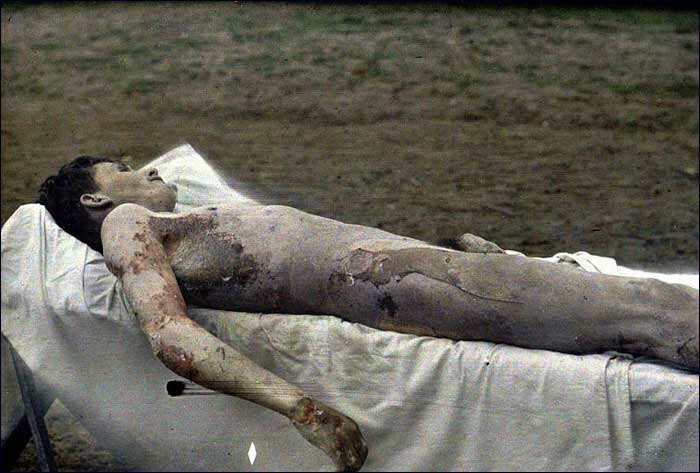 Yes, we know this is an unpleasant sight. But this whole war was very unpleasant  especially for the men who had to fight it.

French medical picture made on March 31, 1918. The dead man is a French soldier of the 99th Infantry Regt, who was killed by German mustard gas. The gas not only burned his lungs and intoxicated him, but also tore his skin apart.