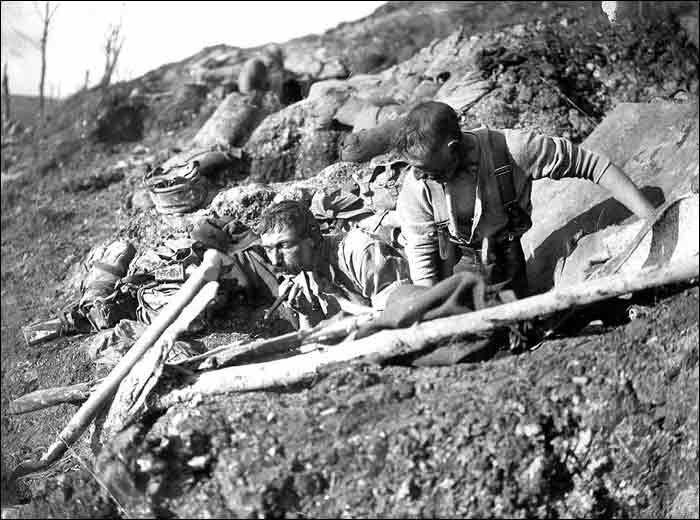 Shaving in the Trenches

Picture made near the Somme battleground, in Northern France. The exact date is unknown, but probably summer 1916. The soldiers belong to the Newfoundland Regiment.

On July 1st 1916, the first day of the Battle of the Somme, the Newfoundlanders attacked with 800 men, and only 68 were not killed, wounded or captured. It was one of the largest disasters in Newfoundland history.