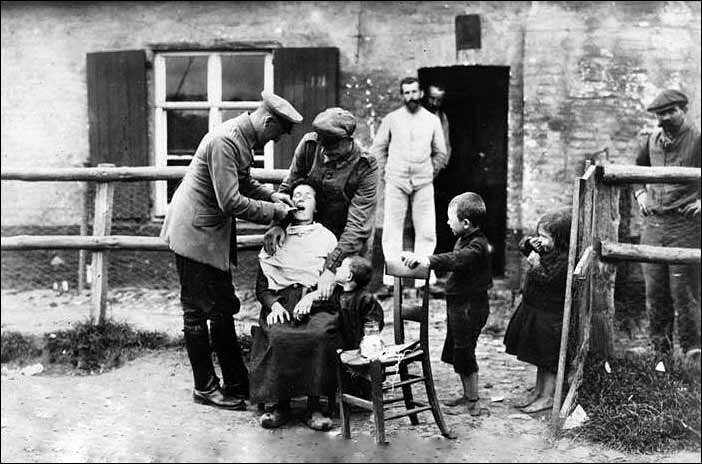 Hilfstätigkeit der 'Barbaren' in Flanders (Helpful 'Barbarians' in Flanders) is the original capiton that goes with this German propaganda picture.

After the killing of Belgian civilians in the first months of the war, the world branded German soldiers as savages: see the drawing on the right that carried the caption Ain't I A Lovable Fellow?. This drawing (by the Dutch artist Louis Raemakers) appeared in newspapers and magazines all over the word.

That's why the dentist picture and others like it had to convince the German public that their uniformed fathers and sons who were occupying neighbouring countries were not barbarians.

As far as we know the German picture was never published outside Germany. Foreign editors didn't buy it.