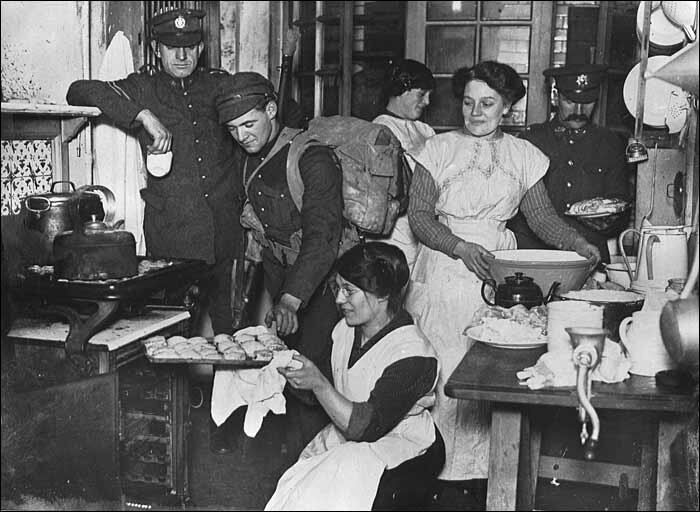 Buns for Boys in Khaki

Kitchen at the YMCA Aldwych Hostel in London.

The Aldwych was one of the night hostels which the YMCA opened for troops to stay in London. The hostels were near London Bridge and near the Euston, Waterloo, Kings Cross and other stations.

The YMCA was also very active on the European mainland. Behind the frontline there were about 200 YMCA huts and centres where the boys could find some relaxation during their leave. Even in neutral Holland there was an YMCA post: at the Scheveningen camp for interned British prisoners of war.