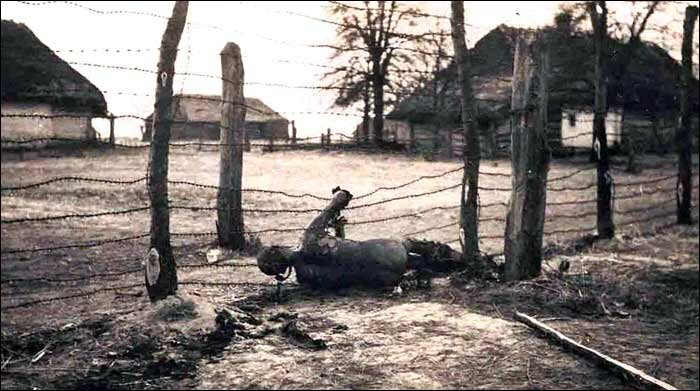 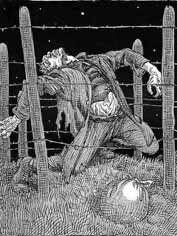 Young Belgian electrocuted at the border with Holland (the Netherlands).

In spring 1915 the German occupation force in Belgium erected an High Voltage Electric Fence between Belgium and Holland.

The political cartoon on the right was drawn by the Dutch artist Albert Hahn. Newspapers in the Netherlands carried almost daily messages about crossers who were 'lightened to death'. Most victims were young Belgians, trying to flee their occupied country.

On several places along the border the electric fence has been preserved, or re-erected by local Belgian authorities, as monuments. We have a recent picture showing the fence in the woods between Budel (in the Netherlands) and Hamont (Belgium).

We have two illustrated articles on this little-known horror: Deadly Electric Fence on the Belgian Border (in English) and Huiver over d'n Draad (in Dutch).