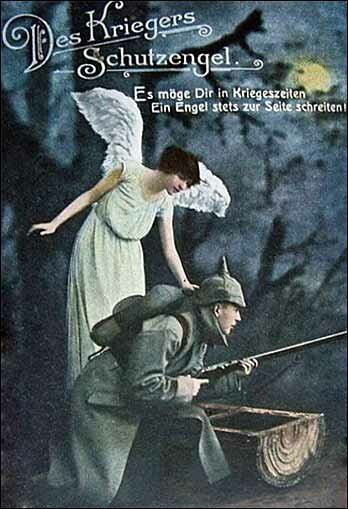 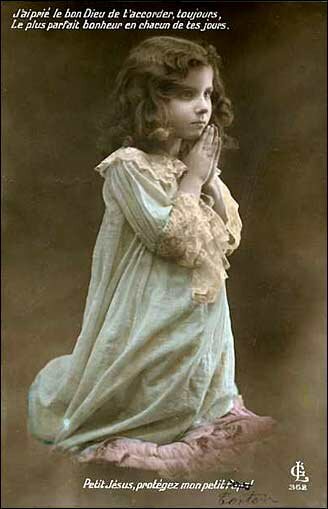 Postcards. On the left a German postcard, on the right a French one.

As in every war the homefront called upon God for a safe return of their beloved. On the right a similar American postcard, made in 1918

The German postcard (1914) shows a Kriegers Schutzengel (a soldier's guardian angel). The prayer, translated, goes: "May in this time of war an angel always walk on your side".

The text on the French postcard (1916) says: "I have asked the good God to give you perfect happiness on each one of your days". And on the bottom the girl prays: "Little Jesus, protect my little daddy". The sender crossed out the word papa (daddy) and wrote down the name Gaston.

Was Gaston protected? Did he come back? We don't know. In spite of all the praying some 30 million soldiers died or were wounded in this war. Check out our list of estimated casualties per country.