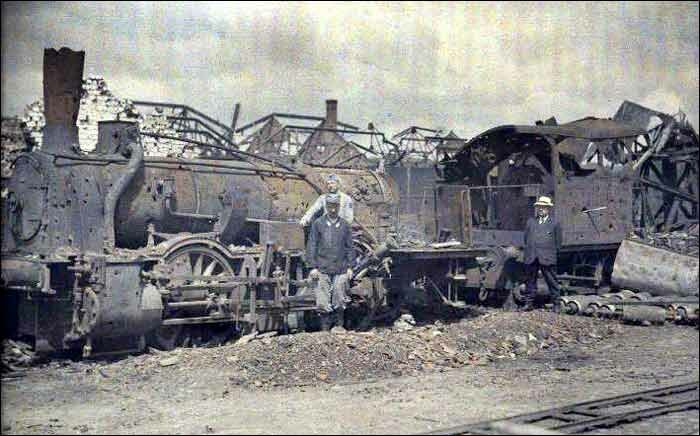 Monsieur Auguste Lumière and the locomotive 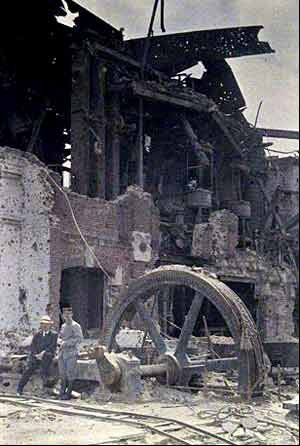 This true color picture was made after a German bombardment on a railway switchyard in Soissons, department of Aisne, in Northern France.

What makes this picture extraordinary is not just the destroyed locomotive, but the man with the white hat. His name is Auguste Lumière.

Auguste and his brother Louis Lumière were the inventors of the autochrome color process, a revolutionary way of making color photographs.

The French army soon adopted this technique and that's why we have today a splendid collection of true color pictures from the Great War.

In the summer of 1917 Auguste Lumière visited the frontlines in Northern France. He was then photographed by Jean-Baptiste Tournassoud, Chief of the Photography and Cinematography Organization of the French Army.

On the right another picture Jean-Baptiste Tournassoud took of him. He photographed Lumière amidst the ruins of a destroyed distillery in Soissons.

We have 250 color pictures from the Great War: many of these original autochromes and others artificially tinted.