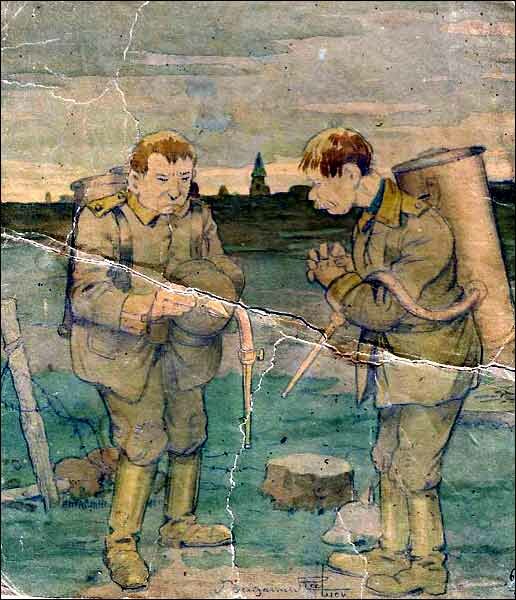 Flamethrowers were very visible on the battlefield, and their operators became prominent targets for snipers. They were rarely taken prisoner, and when captured often executed in reprisal.

The Germans first used this weapon in the summer of 1915. They continued to deploy flamethrowers throughout the war; the devices were used in over 300 engagements, usually in teams of six flamethrowers

The flamethrower was re-invented by the German Richard Fiedler (the device was first used by the Chinese in ancient times). It consisted of a single cylinder filled with pressurized gas and inflammable oil. On depressing a lever the gas forced the liquid through a rubber tube and over a simple wick igniting device in a steel nozzle.

The weapon projected a flaming jet and enormous clouds of smoke around 20 yards (18 m) with two minutes of firing time. It was a single shot device - for burst firing a new ignitor section had to be attached each time.