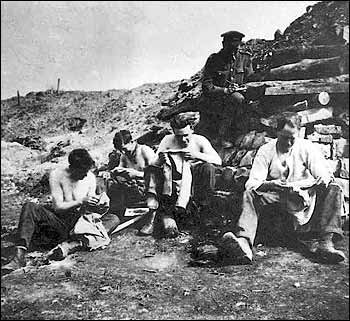 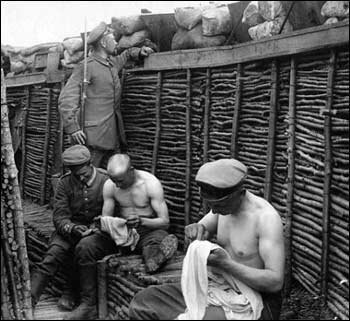 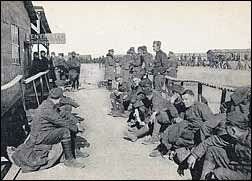 Body lice were a persistent pest on both sides of the battlefield. In the narrow trenches there was no escape from them: the lice hopped from body to body. Every soldier became afflicted with lice, as the Americans soon found out when they entered the battlefields in 1918.

The picture on the right shows an American delousing station in St. Nazaire, France, where clothes were immersed in Naphthalene - a temporary solution

Lice were not just uncomfortable (scratching made the itching worse), they also spread Trench Fever, a non-fatal but debilitating disease that brought many soldiers down. According to some sources Trench Fever was responsible for 15 percent of the trench casualties.