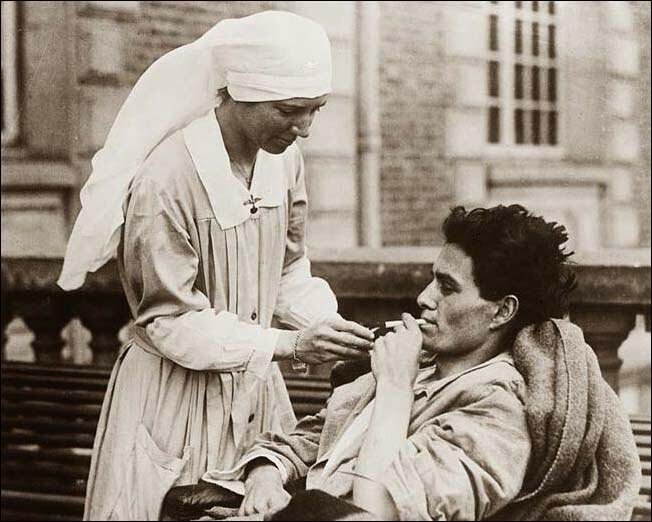 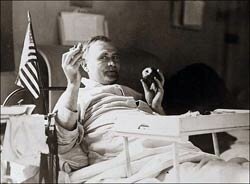 An American nurse lights a cigarette for a wounded soldier. His right arm seems limp.

Picture made in 1918 in the 'American Hospital of Paris' in Neuilly-sur-Seine, near Paris, France.

This hospital was built in 1909 by a French medical doctor and his American friends. During the Great War its staff cared for more than 10,000 allied soldiers.

The hospital is still there, providing high quality healthcare to members of the French, American and international communities residing in France and abroad.