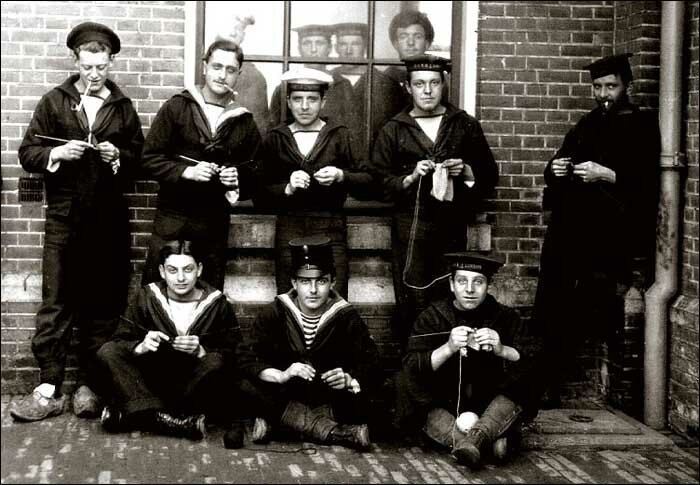 Knitting British sailors interned in the Netherlands (Holland). Picture made in 1917 in the Groningen camp. 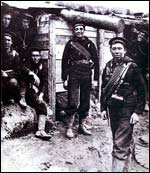 During the Great War the Netherlands, as one of the few remaining neutral states, interned all soldiers from both sides who happened to cross the border. The internment camps were spreaded all over the country.

The sailors on the picture above came from Antwerp (Belgium), where the British Naval Brigade in 1914 tried to stop the German invasion

When the German war machine overran the Antwerp defence, the Naval Brigade fled to Holland. The sailors were interned immediately and brought to Groningen.

In the camps they enjoyed some freedom. They were allowed to visit Dutch friends outside the camp. Boredom was their greatest enemy, that's why some took to knitting. Others made photograph frames out of Dutch cigar boxes.

Of course many of these soldiers tried to get away, to join their forces, or just to go home. Read here how Able Seaman Jeremey Benthem and his friend Bob Southin managed to escape from the Groningen camp  and what happened to them when they eventually arrived in England.