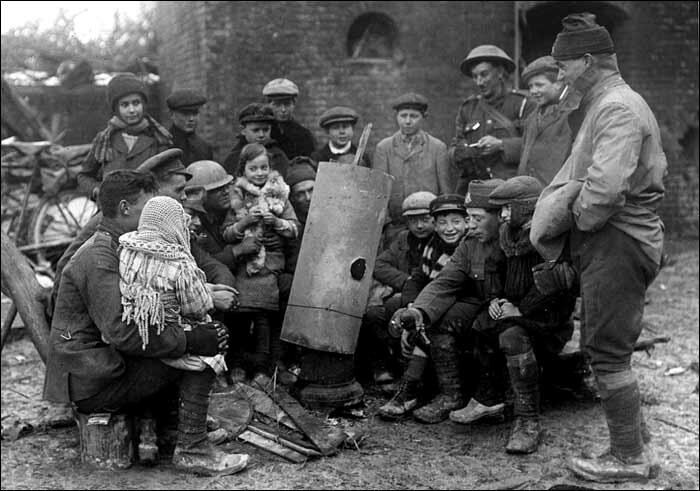 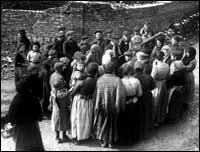 Picture made in Northern France, exact whereabouts and date unknown.

The photograph fits in a series with more pictures of this village, apparently made just after Tommy captured the area from the Germans.

The picture on the right shows the same village. Curious villagers gather around a British soldier carrying a machine-gun. Click on it to see a larger version.