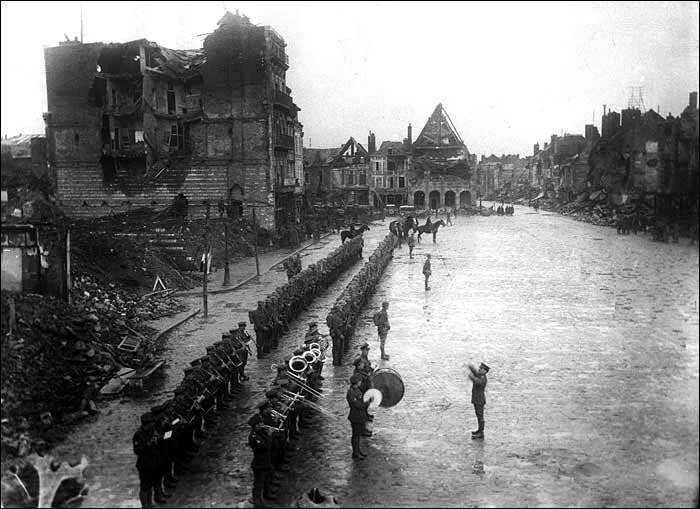 "If music be the food of love play on"

The French President visits recaptured Péronne: a British band and guard of honour is drawn up in the main street. August 1918.

Péronne is a large town in the north of France. During their retreat German troops destroyed much of the medieval center.

When the allied troops entered the town they found a wooden billboard on the front of the townhall. On it some words by Goethe: "Nicht ärgern, nur wundern" [Don't get cross, only be suprised]

The bill can still be seen in the Somme battles museum Historial de la Grande Guerre in Péronne.