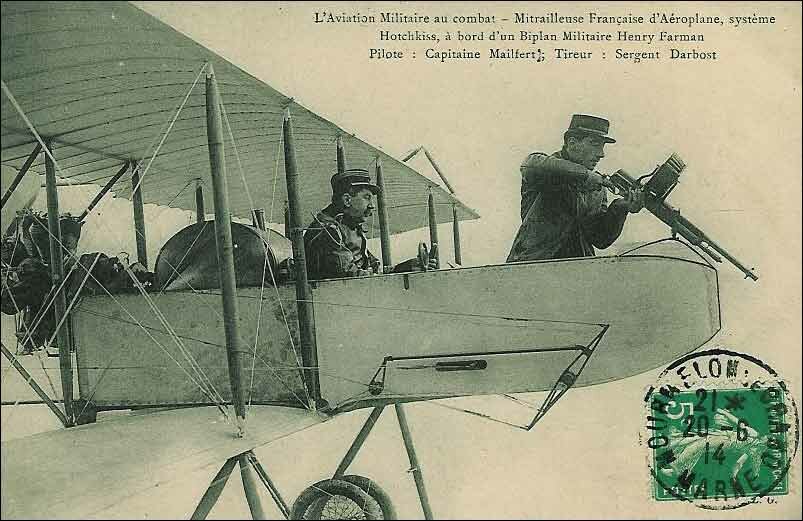 French bi-plane, armed with a machine-gun, photographed before June 1914.

This postcard was send from the village of Mourmelon-le-Grand, in the department of Marne (Northern France) in June 1914, just a couple of weeks before the outbreak of the Great War.

Georges Mailfert, the pilot in the picture, became an ace. He survived the war and was awarded the Légion d'honneur; he died in January 1939. About the life of his companion, sergeant Gabriel Darbost, we only know that he died in 1914; how and where is unknown.

The village of Mourmelon-le-Grand housed an airfield, an important aircraft factory (Farman), and a famous flying school, where French military pilots were trained. Before the war this flying school also attracted civilian pilots from all over the world.

The Hotchkiss mitrailleuse, shown above, became the standard machine gun of the French Army during World War I. It was manufactured by the French arms company of Hotchkiss et Cie., which had been established in the 1860's by American industrialist Benjamin B. Hotchkiss.