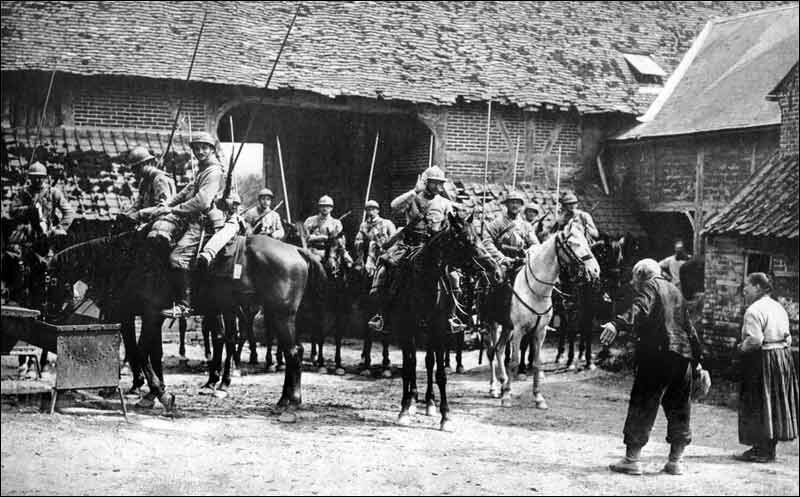 A farmer and his wife welcome French cavalry troops, looking for billets. Picture made after September 1915 in the Artois, in Northern France.

Actually, when the Great War started the French army was indeed still organised along mediaeval lines. It took some years (and many lives) to get accostumed to what became modern warfare.

New weapons of mass destruction, like toxic gas, curtain fire and mines, replaced lances, sabres and swords. And the knights and horses made place for aeroplanes and tanks. Armageddon had come and has not left us since.