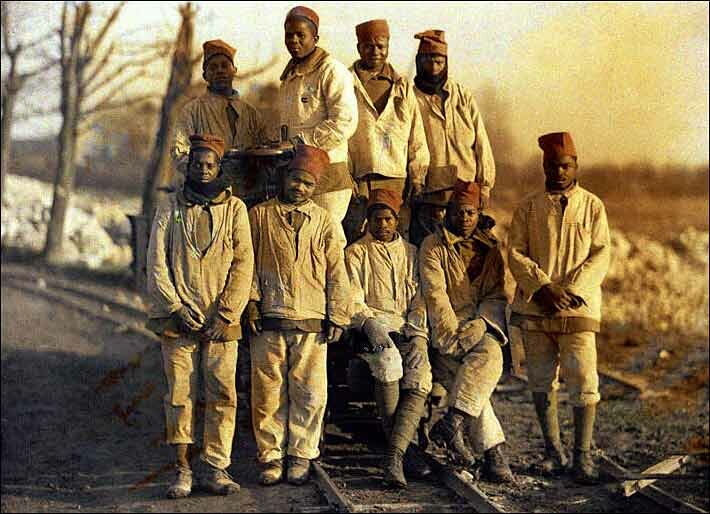 Senegalese workers in the snow just behind the Somme front. Picture made in the Winter of 1916-1917.

More than 500,000 men from French colonies came to the aid of France. Many of them actually fought on European soil. Others helped the warfare by building railroads and camps and digging cemeteries.

These small railroads were used for munition transport, and sometimes also to bring soldiers to the trenches.

We have 250 color pictures from the Great War: many of these original autochromes like the one above and others artificially tinted.