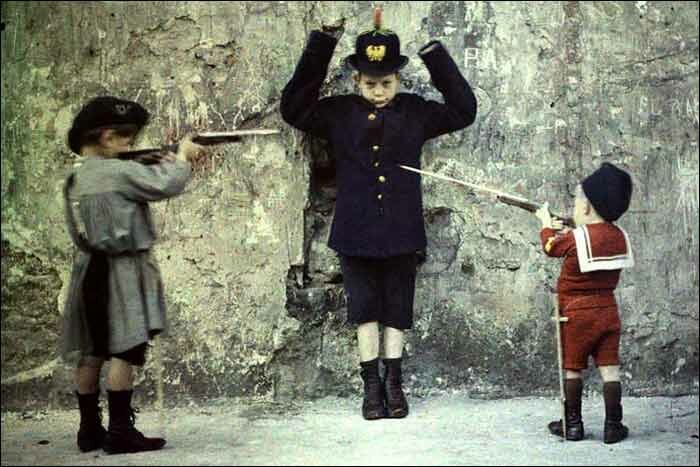 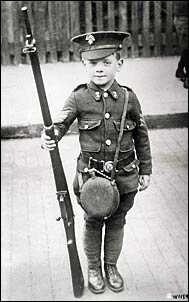 Streetscene in Paris, 1915. The young Prisoner-Of-War wears a hat with a golden German eagle. He sure looks defeated. In that year however Germany was still far from a defeat.

In all belligerent countries boys played war until they were old enough to be slain in reality. The picture on the right shows an English boy dressed like a recruiting sergeant