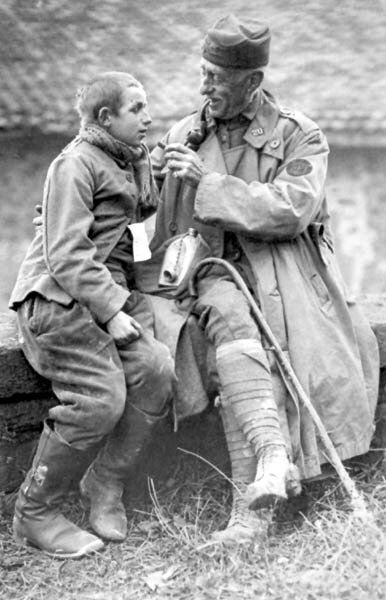 As Germany in 1918 ran out of cannon fodder, the Kaiser and his generals committed very young soldiers to battle.

Boy Soldiers were omnipresent in allied armies as well. See They Die Young: Kid Soldiers of the Great War (with lots of pictures).