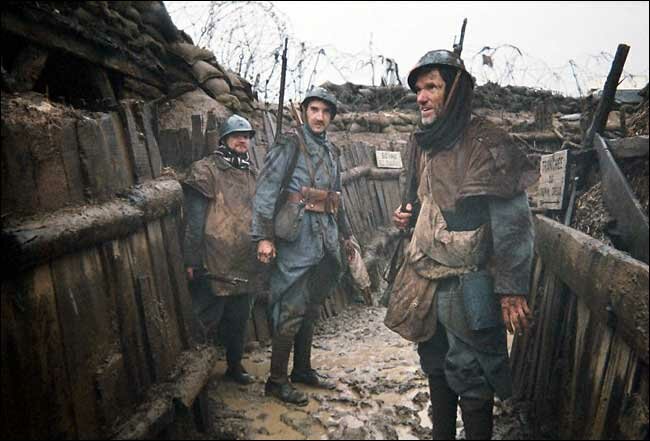 Amateur picture made on the filmset of the French WW1-movie Un long dimanche de fiançailles (A Very Long Engagement).

The film tells the story of five French soldiers who shoot themselves in the hand to be relieved from the horrifying frontline at the Somme. A court-martial punishes them by sending them into No-Man's Land, to be killed in the crossfire. Then all hell breaks loose and they all die. Or not? After the war one of these men's fiancée receives information that makes her suspect his boyfriend might have gotten away alive.

The war scenes in this movie are breathtaking. They look very, very real. Here is another picture taken on the set.

The story was taken from the book A Very Long Engagement by Sebastien Japrisot. The director of the movie was Jean-Pierre Jeunet. Starring are Audrey Tautou, Gaspard Ulliel and Jodie Foster. The came out in 2004. It won a Golden Globe (Best Foreign Picture) and is now also available on DVD.