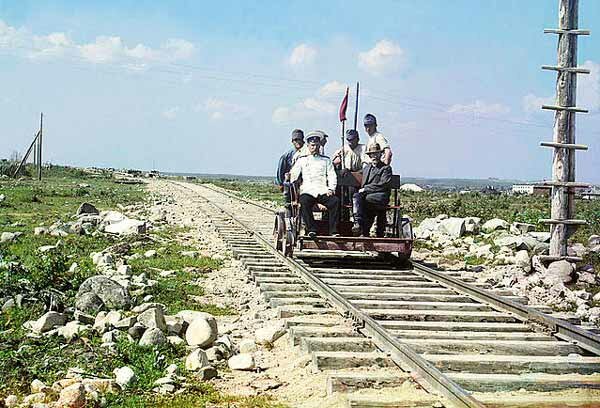 Real color picture made near Petrozavodsk, by the Russian photographer Sergei Mikhailovich Prokudin-Gorskii

The largest part of this railroad was built in 1914 and 1915 by German Prisoners-Of-War. According to some reports so many POW's died that 'under every sleeper a German was buried'.

The photograph above is an digichromatography, made via an astonishing three-color seperation system (one glass plate negative, three frames), invented by Prokudin-Gorskii.