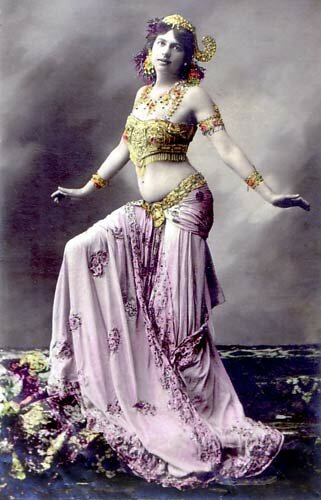 Mata Hari is known as one the most beautiful spies in history. The name is derived from the Malayan mata (eye) and hari (dawn); she is thus the Eye of the Dawn.

Ms. Zelle slipped into countless French and German beds, and became a pawn in international intrigue. In 1917 she was arrested in France. She was convicted as a spy and executed on October 15th.

Mystery. In spite of the enormous research that has been done, historians have never clarified the exact nature of Mata Hari's spying activities. We have to wait until 2017, when French secret archives on her will open.