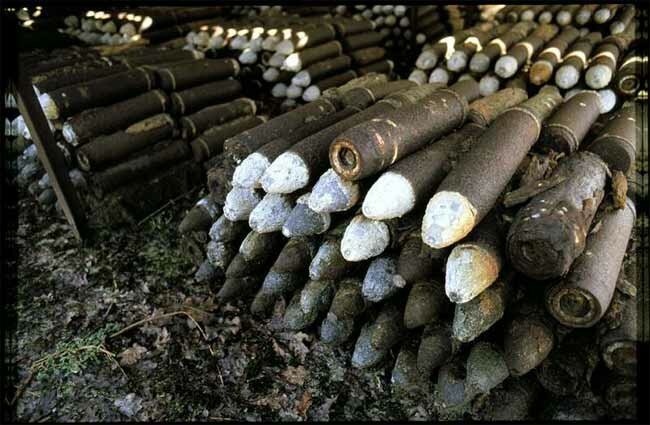 Every day duds are found on the former battlefields of the Western Front. These shells never exploded because when they hit the ground they just disappeared into the muddy clay of Flanders. Bluup!

Getting rid of these rusting and often leaking shells is an enormous problem for Belgium. Read The Abomination of Houthulst. And this is only half the problem. The other half is hidden below the waves on the shallow coast: Death Waits Patiently at a Belgian Beach.