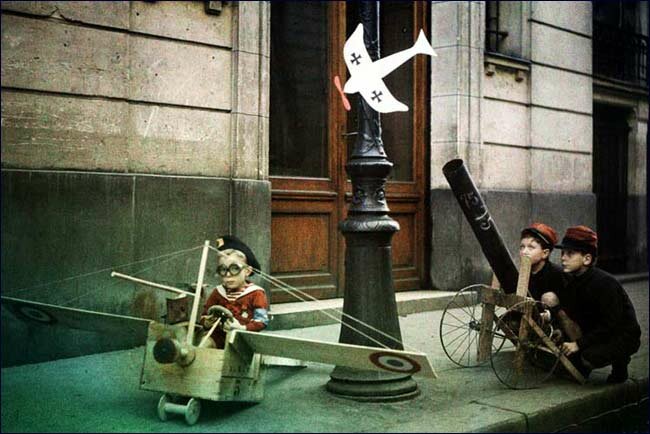 Dogfight in the streets of Paris

The French anti-aircraft gun is firing on the German Taube (Pigeon) fighter that is attacking the French plane below him.

Real color picture (autochrome), made in 1915 in Paris by a member of the Photography and Cinematography Organization of the French Army.

In all belligerent countries boys played war until they were old enough to be slain in reality.