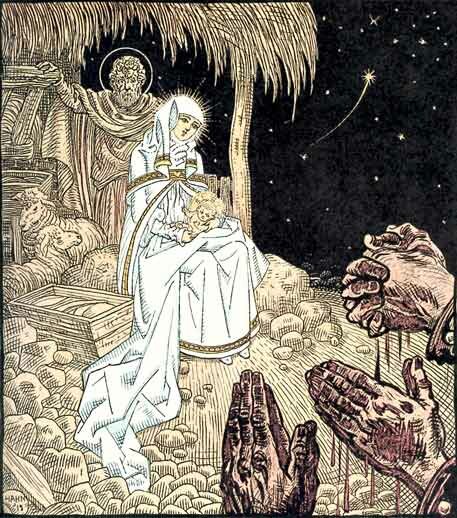 The Adoration of the Lamb

Bloodstained Christian Hands: political cartoon made by the famous Dutch artist Albert Hahn, in 1915. The drawing was published in many countries.

All over Europe Christian soldiers were killing off their fellow-men. Christmas did not change that, although in 1914 and 1915 short, spontaneous Christmas truces took place along the Western Front.

These illegal fraternizations had little to do with religion though  more with battlefield fatigue and with curiosity. 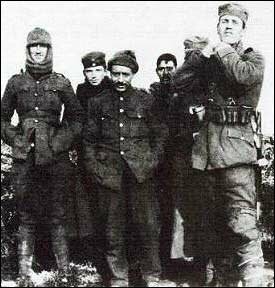 British officer Cyril Drummond photographed his soldiers fraternizing with Germans on Boxing Day 1914, near St. Yvon in Flanders. Picture on the right

The generals reacted furiously and threatened every soldier who tried to make his own peace with execution.

More on this forbidden peace, including more authentic pictures, in our article Demystifying the Christmas Truces of 1914 and 1915.

Another article on this subject, in Dutch (Flemish) only: Verboden Kerstvrede.