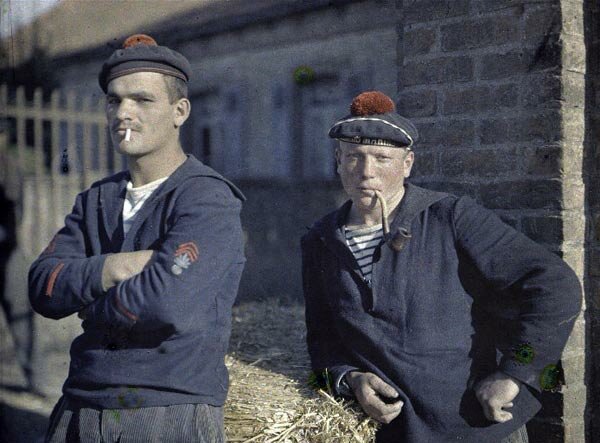 Armies often made use of heavy ships artillery, usually mounted on train undercarriages. To handle these guns the navy deployed specialised gunners.

Real color picture (autochrome technique) made in 1917 in Northern France, by a photographer of the Photography and Cinematography Organization of the French Army.