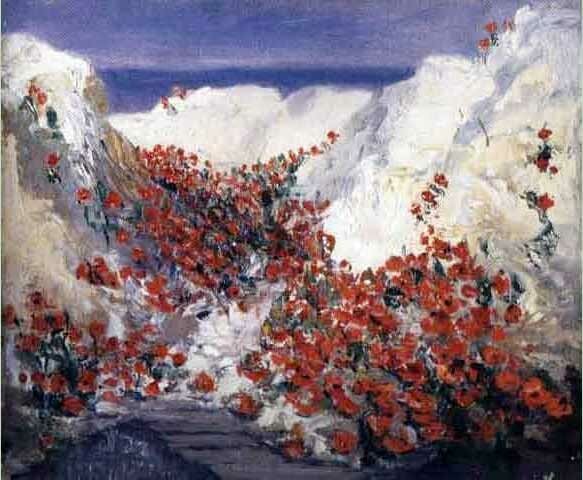 For three years she lived and worked alone in a tin hut, amid Chinese workers clearing the front of war debris. She made 300 paintings. We show a selection.

In the western world poppies have become synonym with remembrance. We have some articles with disturbing thoughts on this subject:

Reasons for Remembrance, written by Merrick Godhaven (and accompagnied by The Great War, written and sung by Philip Jeays).