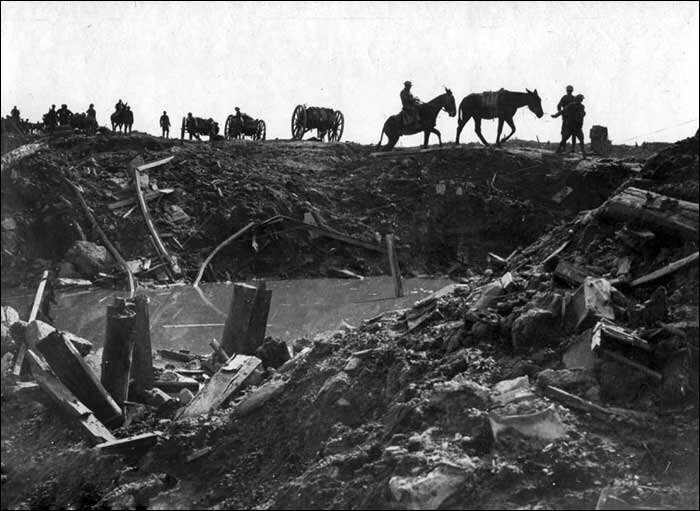 The Age Of Destruction

Allied soldiers just behind the frontline in Flanders.

Enormous shellholes, filled with water, became deadly pitfalls for soldiers who slipped into it. And slippery it was  heavy rainfall often turned the Flemish clay into treacherous mud.

Horses were used on both sides of the frontlines. Allied forces alone had 1 million horses; at least 25 percent died. How many horses the Germans had is unknown.

Picture probably taken in the summer of 1917 near Passchendaele, one of the most infamous battlegrounds of the whole war.