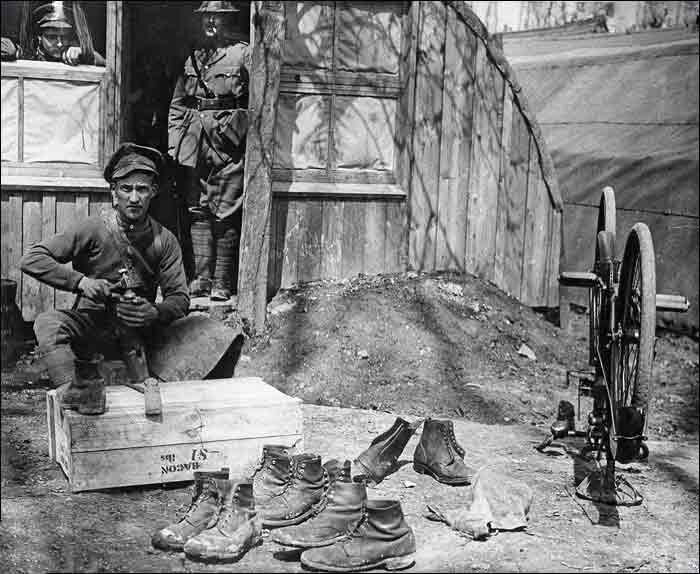 Somewhere in France, date unknown. The soldiers belong to the Newfoundland Regiment.

No choice. When Great Britain declared war on Germany, it did so on behalf of the entire British Empire. Distant and almost independent parts like Newfoundland had no choice in the matter.

The Newfoundlanders entered the war willingly, but the grim experience of the four years which followed marked a watershed in the countrys attitude towards Great Britain. In 1948 a small majority of the population choose for merging into Canada, and Newfoundland became Canada's 10th province.