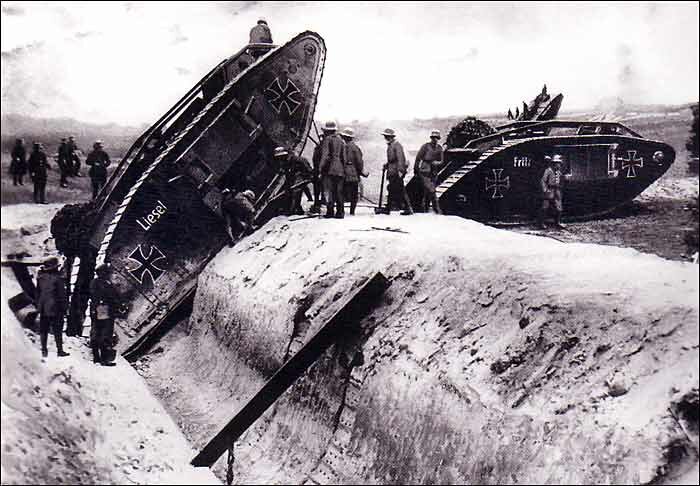 The tanks are socalled female Mark 1V tanks. Probably the Germans captured these tanks in the Battle of Cambrai, in November 1917. They repainted them with German crosses (sometimes erroneously called Maltese crosses) and gave them German names: Liesel and Fritz.

The Germans experimented with captured British tanks to develop their own version. On the right an early German tank - click on it for larger picture

Anyone who knows more about the picture above? Please let us know.