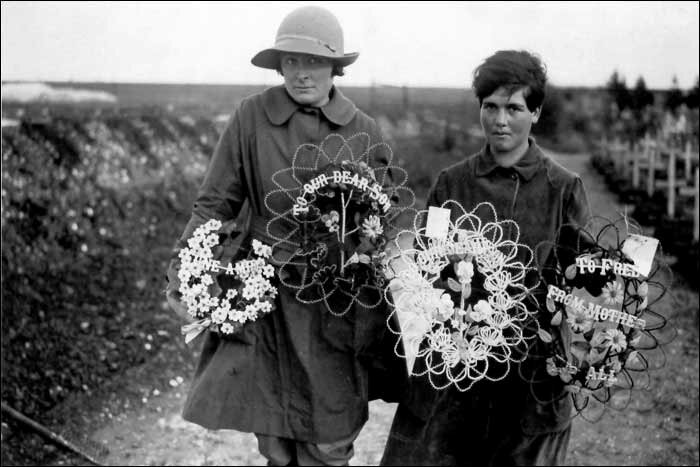 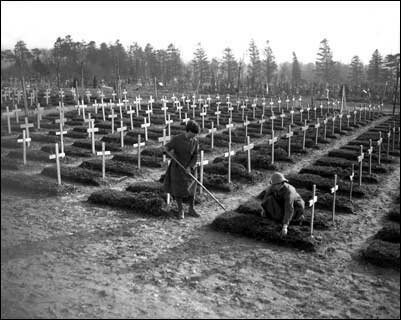 Picture made by the official war photographer David McLellan on February 9th, 1918, in a cemetery at Abbeville (Northern France).

During the war three British militairy hospitals were stationed in Abbeville - hence the need for a cemetery. When the communal graveyard was full, in September 1916, an extension was made.

We have an heartbreaking story on a woman visiting a war grave in France, written by Rudyard Kipling. Read The Gardener.